We’re tracking some of the coldest temperatures that we have had in Florida in years this Christmas weekend. FOX 35 Storm Team Meteorologist Ian Cassette has the forecast.

Temperatures are expected to drop at least 20 degrees in the Orlando area from Thursday to Christmas Eve, thanks to a late-week Arctic front.

The high on Christmas Eve is expected to be 50 degrees with feels-like temperatures that morning falling well below freezing area-wide. This will likely prompt Wind Chill Advisories with Freeze Warnings also likely. 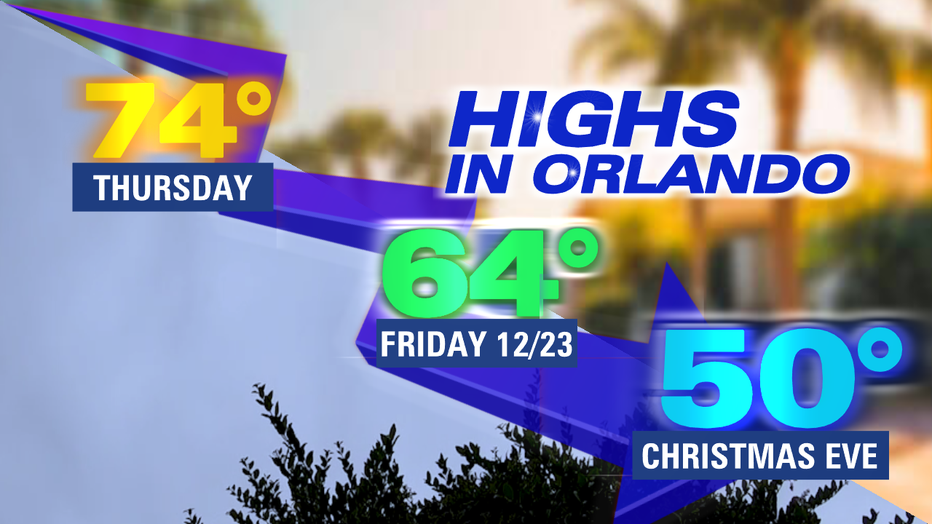 As the Arctic front pushes through, FOX 35 Storm Team Meteorologist Ian Cassette said it could be the coldest we have been in over a decade.

MORE: Could freezing temperatures in Florida on Christmas bring snow? Here’s what the forecast shows

“Normally Florida is able to keep warm or at least have something to block the coldest air. This time, it seems that this trough basically is digging of cold air, could be strong enough that it dips all the way into Florida,” Cassette said.

High temperatures may be stuck in the 40s to 50s despite increasing sunshine.

“Just for some perspective… this could be the coolest Christmas Day since 1983,” Cassette said. “Many, I was told, remember this Christmas, with a high of 36 degrees that day, so I definitely think we can be gunning for the second coldest Christmas on record and one of the coldest days we’ve seen here since Janurary of 2010.”