The holiday season is here, but the cooler temperatures seem to miss so far this season in Central Florida.

November finished around four degrees warmer than average for Orlando.

The City Beautiful hit 90 degrees twice during the month. It is the most 90 degree days in November since 2015. That November Orlando experienced six 90-degree days.

Between Nicole and some hot afternoons, it seems like the more traditional cooler and drier season has been struggling to kick into high gear for Central Florida.

Could that change in December?

The climate outlooks are calling for warmer-than-average temperatures and below-normal rainfall. 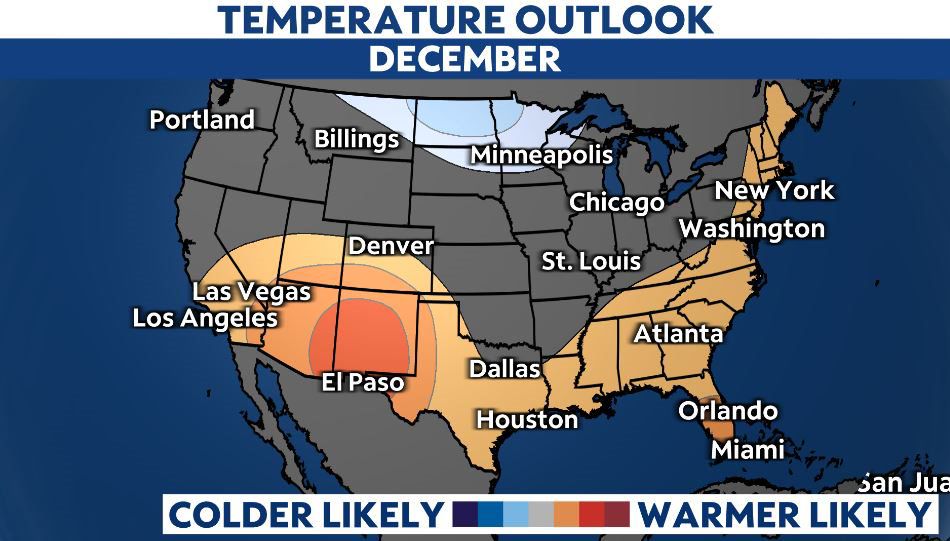 This is due in part to a La Niña pattern, which leads to drier and warmer weather during the winter months in Florida.

Let’s then dive into the “normals” of December in Orlando. 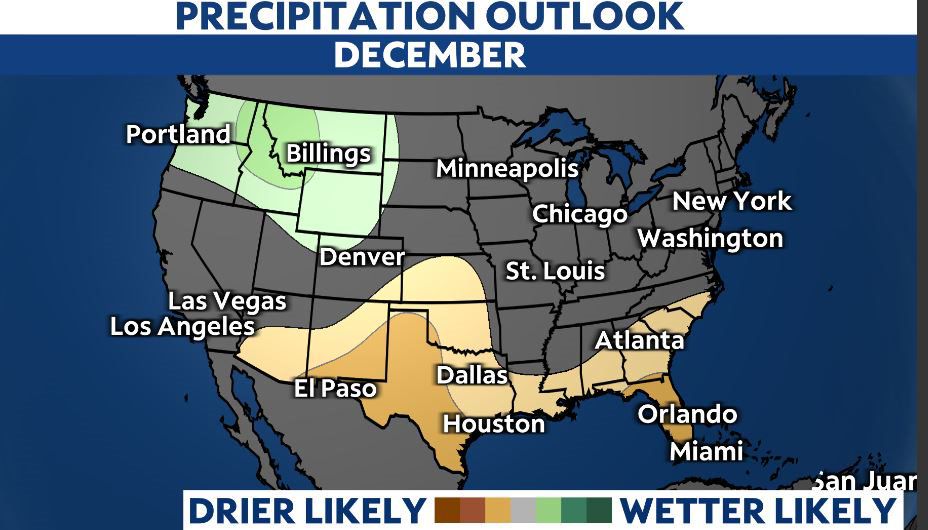 We hit the coolest point of the year by the second week of January. This is when the average high hits its lowest point of 71 degrees and the average low dips to 49 degrees. 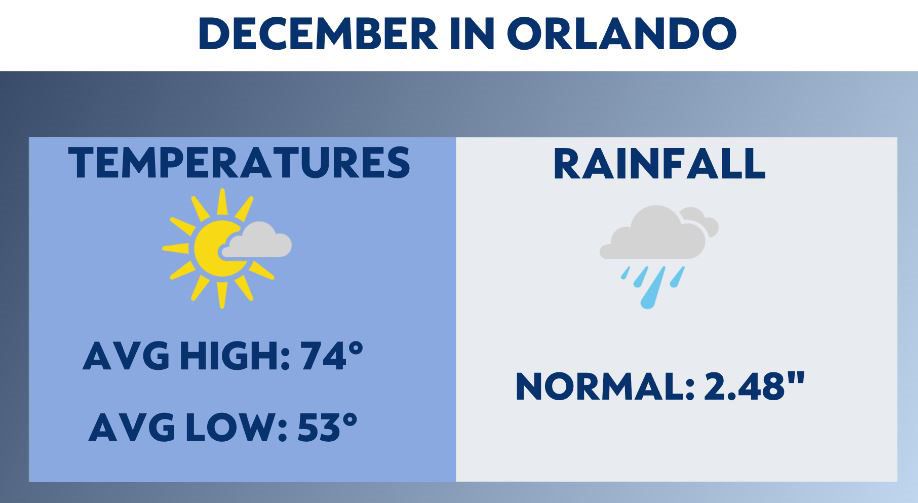 December ties for the third-driest month of the year on average. It is alongside January with an average rainfall of 2.48″.

The rainiest was in 1997, when more than a foot of rain fell during the month. The driest was 1944 when there was only a trace.

As you can tell, we can experience many weather extremes during the month of December.

But, this year it is looking like we could be in for a warmer than normal December, which would follow in the footsteps of last December.

Dec. 2021 finished as the fourth-warmest on record in Orlando, with an average monthly temperature close to 70 degrees. 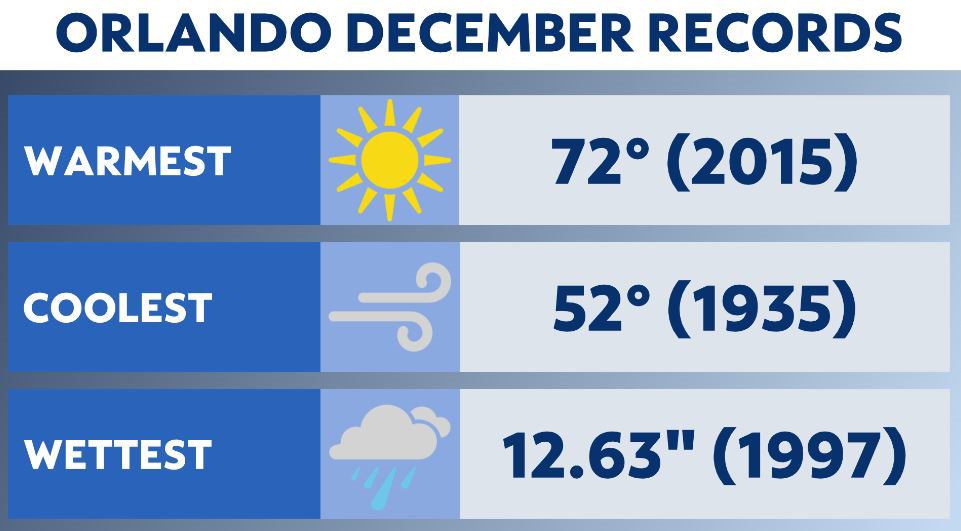