Carnival and Celebrity cruise ships save refugees at sea, the unsung hero of restaurant design is finally getting attention, and one of late architect Zaha Hadid’s final designs helps displaced communities today. All that and more in this week’s Five on Friday. 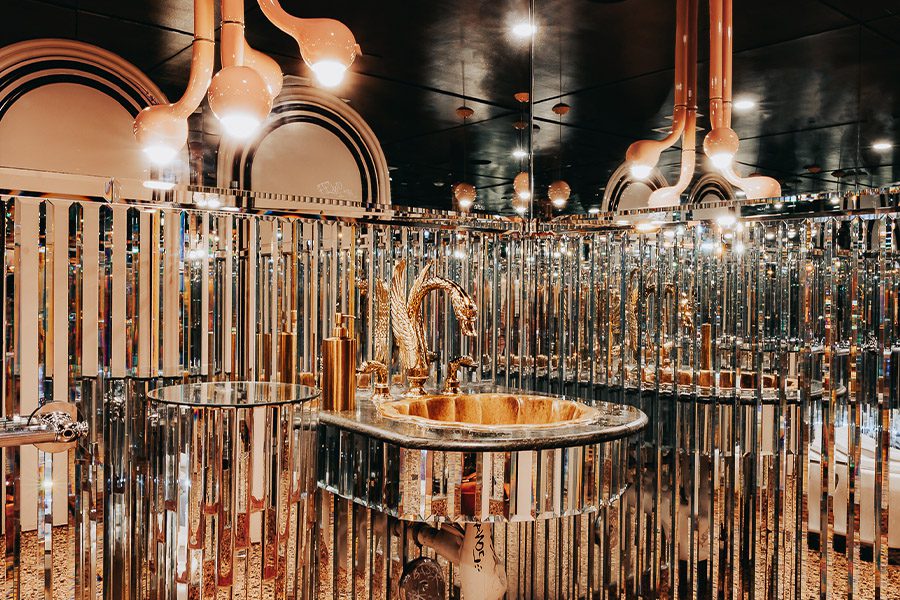 One could be dining out for any number of reasons: Convenience, gathering with friends, or simply ticking off a new spot on a restaurant bucket list. But to check out the bathroom? Not so much. The New York Times food reporter Priya Krishna points out that many restaurant bathrooms really are worthy of visiting, even for a selfie. So much so that an Instagram account (@peebeforeyouleave) has popped up ranking the restrooms of East Coast—mostly New York area—establishments. For me, two bathrooms immediately come to mind: the no-frills loo at the now-shuttered Ornella Trattoria in Astoria, where negative Yelp reviews and the owner’s witty comebacks lined the walls; and the upscale yet edgy bathroom at Seneca in San Diego, which upon returning to the table, I immediately nudged my friends to also check out. Whether quirky or opulent, detailed washrooms prove venues are looking beyond functionality to create unforgettable spaces—and they’re great conversation starters. 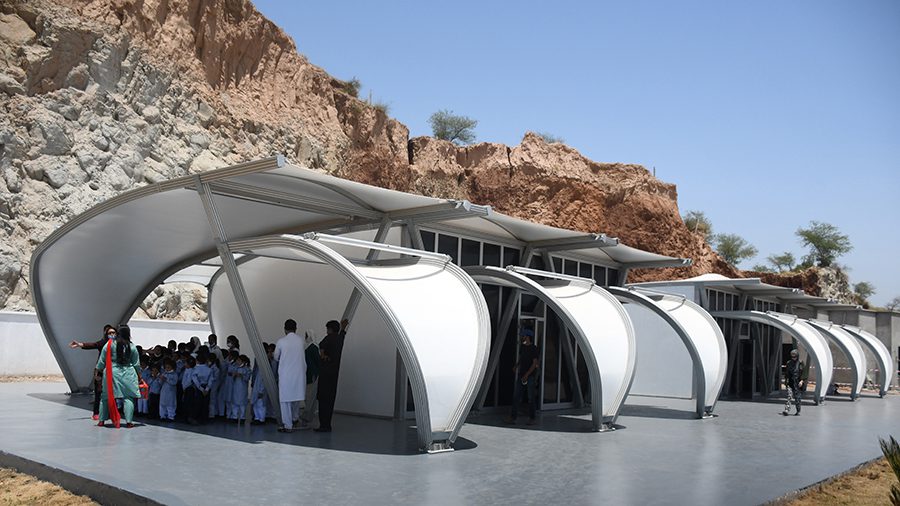 Photo courtesy of Education Above All Foundation (EEA)

Twenty-seven tents designed by Zaha Hadid Architects (ZHA) have been donated to the International Organization of Migration (IOM) and the Qatar Red Crescent to ensure that the 2022 FIFA World Cup in Qatar has a long-lasting, positive impact. Donated by the Education Above All Foundation, the structures will be used as schools, clinics, and temporary shelters in Syria, Turkey, and Yemen. The sustainable modular tents—one of the late Zaha Hadid’s final designs before passing away in 2016—are weatherproof and incorporate materials that can be upcycled or recycled, according to Dezeen. “Together [with Education Above All], we developed a robust, cost-effective, and lightweight modular architectural system with fabric envelope to build structures that can be adapted in many variations to meet the conditions and lives of displaced children and children on the move,” says ZHA project architect Gerry Cruz. 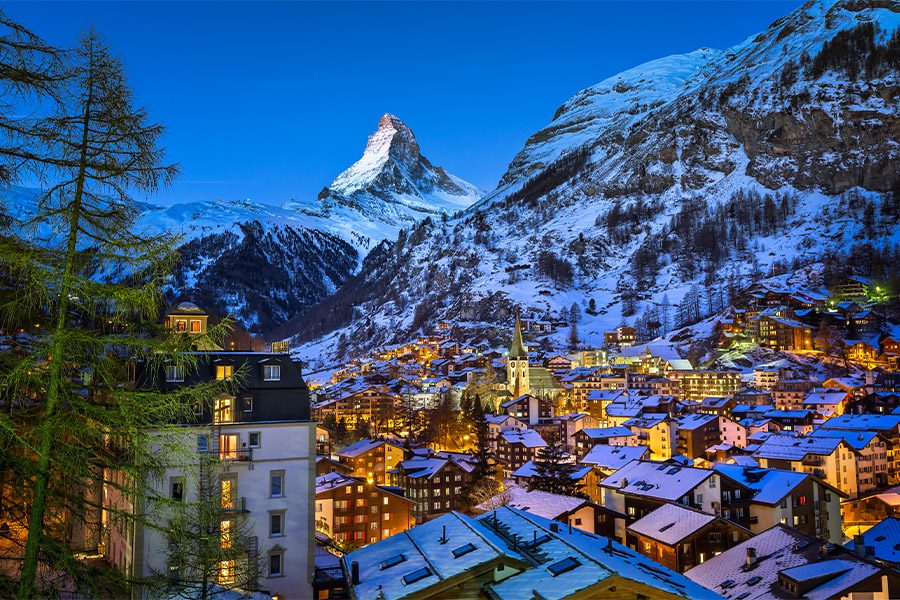 An aerial view of Zermatt Valley and Matterhorn Peak in Switzerland

Uncharacteristically warm temperatures are disrupting ski season in Europe. According to Forbes, many ski resorts in Switzerland and France that are situated at low-lying altitudes have had to make the tough decision to close. Approximately 1.7 million British people are estimated to head to the Swiss, French, and Italian Alps, and tour operators are not necessarily obligated to provide refunds under no-snow circumstances. Some skiers are heading to higher resorts, while other resorts are opting for artificial snow, an expensive option, to stay afloat. In the longterm, ski resorts are adding other activities to lure travelers (including cycling, hiking, and snowshoeing) and some are moving forward with more permanent measures such as converting to solar, wind, and hydropower.

In two separate incidents on Monday, cruise ships sailing near the Florida Keys spotted migrants at sea in crowded boats, reports ABC News. Crew members aboard the Celebrity Beyond ship, bound for Fort Lauderdale, rescued 19 people, while the Carnival Celebrate helped five more people about 29 miles northwest of Cuba. “We are grateful for our crew’s quick action and the lives saved as a result,” Celebrity Cruises said in a statement.

Read up on industry trends, hot hotel openings, and more 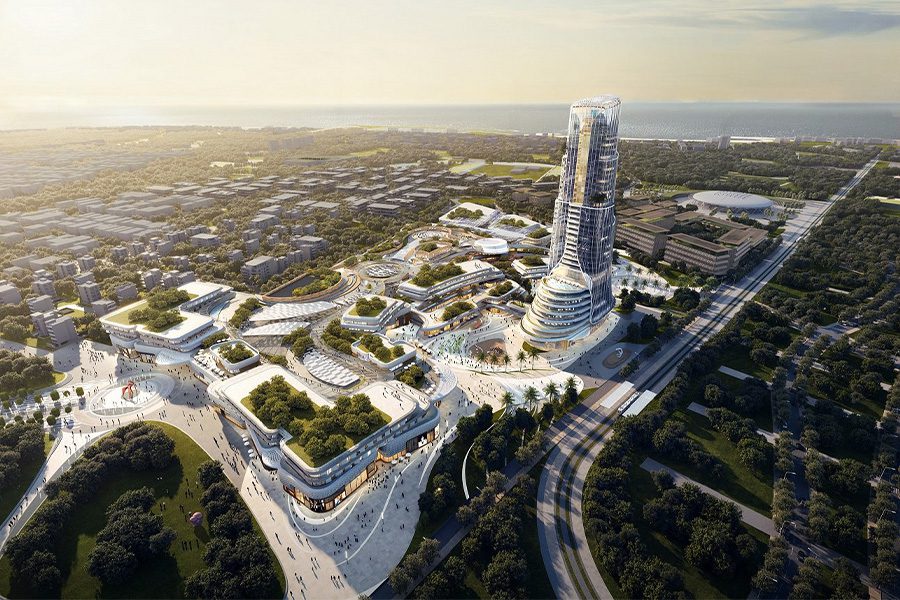 The $8.2 billion Ellinikon development near Athens, Greece, shown in a rendering

ICYMI: Hospitality Design’s December issue features a curated list of the top hotel openings of 2022 and dives into 10 trends that are shaping our industry (many of which surround community building, wellness, and eco-initiatives). Our roundup of smart cities, for example, mentions more than a dozen masterplans that are reimagining the neighborhood. Read the full issue now, and keep an eye out for the January 2023 issue, featuring our annual Hotel Hot List, which will be released at the end of the month.