A camera could not often capture a rare image of nature. However, a recent weather report that a man managed to take a picture of rare dual waterspouts on a beach in Florida.

The Christmas week has been chaotic, with reported blizzard conditions, tornadoes, heavy snow and wintry weather. It would be challenging for many travelers this Holiday. 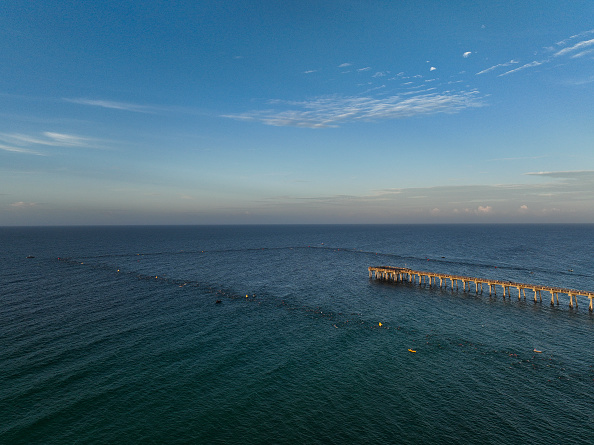 However, the recent AccuWeather report said that a man near a beachfront on the coast of Panama City in Florida captured a rare sight of two waterspouts spinning.

NOAA said that the waterspout that Landa filmed referred to a combination of water mist and air.

Furthermore, NOAA explained that the waterspout could move onshore, and the weather agency could urgently advise residents or nearby communities of tornado warnings.

AccuWeather added that the person who took the image found the image scary. In addition, NOAA emphasized that residents or anyone who finds waterspouts should move away from them.

The report said how Landa’s witty comments managed to narrate the situation, saying it was a selfie time showing the waterspouts between his fingers.

The Christmas Holiday, for many Americans, is one of the most exciting and meaningful events to meet family members. Weather forecasts explained that the severe weather conditions in portions of the United States could result in massive travel disruptions.

The winter storm could be problematic for many travelers during Christmas week. Slowed commutes to delays are possible to occur. Meanwhile, portions of the Northwest could expect poor to good weather conditions due to the weather. On East Coast, the storm could bring extremely cold temperatures.

The National Weather Service reported that winter warnings and advisories threaten about 60% of the U.S. population.

The National Weather Service (NWS) announced that the major winter storm could unload strong winds and heavy snow until Saturday.

The Weather Service Key Message for December 21 to December 25, 2022, advised motorists to be extremely cautious on the roads and stay updated with forecasts.

The Key Message warned that life-threatening wind chills could emerge this week. Blizzard conditions with potential heavy snow and strong winds are expected in portions of the Ohio Valley, Midwest, Interior Northeast and Great Lakes. Residents in the affected areas should take note of the blizzard conditions.

The advisory added that damaging winds could emerge in portions of the Central and Eastern United States on Sunday, which could cause widespread power outages.

Residents in the Northeast near the coast should observe the weather for potential coastal and inland flooding.

Related Article: About 50 Million People in the US Could Suffer From Severe Winter Weather; Significant Travel Disruptions and Heavy Snow Expected


© 2022 NatureWorldNews.com All rights reserved. Do not reproduce without permission.