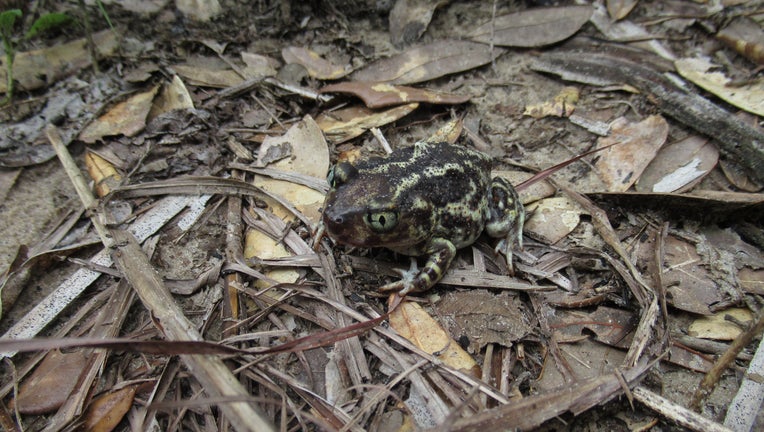 EDGEWATER, Fla. – Hundreds of thousands of frogs have descended upon a Volusia County neighborhood in Edgewater. Some are calling it a “frog-magedon” others, a “plague of frogs.”

Many are wondering where in the world these amphibians have come from.

Resident Kelly White has noticed the spike in frogs just in the past few nights. “You walk down the grass line, they just start jumping out at you.”

More than a month after record rainfall from Hurricane Ian covered Central Florida, the report of frogs started to pour in on a local Edgewater Facebook page.

Dr. Steve Johnson, an amphibian expert at the University of Florida, isn’t surprised to hear of the population boom of what is likely the eastern spadefoot toad.

“When you get these big rain events, those areas hold water long enough for the toads to be successful.”

Dr. Johnson describes the species as “explosive breeders” in the amphibian world, especially after major rain events. “Their strategy is to get in, get big enough to undergo metamorphosis into a little toad and then leave.”

Kelly has an intriguing theory of her own as to why there were so many. “A few days after Ian, we went to the canal, feeding these tadpoles,”she said. “Then all of a sudden out of nowhere they’re just coming from a ditch and invading us.”

In all likelihood, Dr. Johnson says it’s the historic tropical rain event to blame instead.

For now, Kelly and other residents will have to cohabitate with the slimy invaders.

Dr. Johnson says this invasion will likely come to an end in the next couple of weeks as the frog population naturally goes down.